The FLRA is an independent administrative federal agency.

50 Years Of Shrinking Union Membership, In One Map 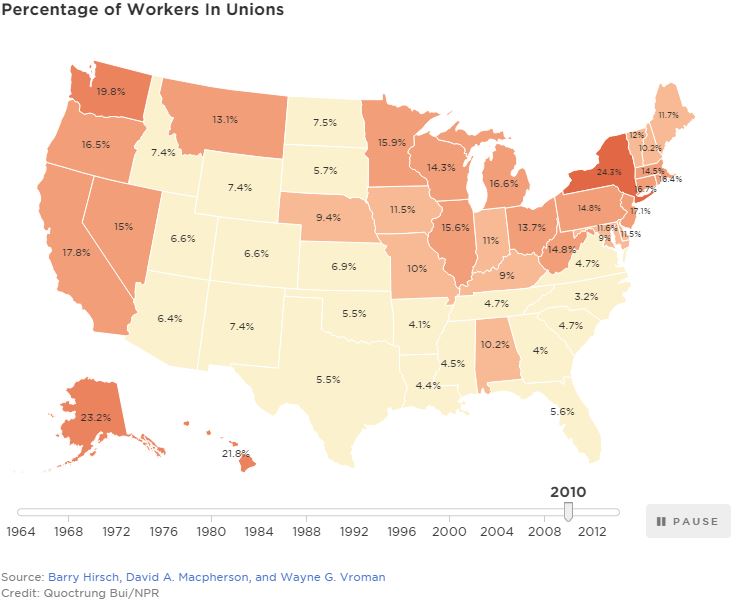 Fifty years ago, nearly a third of U.S. workers belonged to a union. Today, it's one in 10. But the decline has not been the same for every state. Here is a map showing how union membership has changed across the country.

This report is from the database CQ Researcher Online:

Public-employee unions, which represent somewhat over one-third of the nation's 21 million government workers, have come under pointed attacks in several states. Republican governors in Wisconsin and Ohio won passage of laws to limit the scope of collective bargaining between unions and government agencies. They say the moves are needed to bring workers' pay under control to help ease state and local budget deficits. Union leaders and their Democratic allies say the measures take away workers' rights for the purpose of reducing unions' political influence. The legislative battles have touched off broad debates about whether government workers are overpaid. Most economists say government workers' wages and salaries are generally not out of line, but benefits and pensions are often more generous than those in the private sector. Unfunded pension liabilities are a looming problem for many states, and governors of both parties are calling for changes to trim the costs.

This  issue report can be found in the database SIRS Knowledge Source:

Here is a glimpse of the issue report in SIRS Knowledge Source:

Summary:  This article provides an overview of Labor Unions. Perspectives and analysis questions are also provided.

A labor union is an organization of wage earners that unite to promote and defend the interests of its members with respect to wages and working conditions. Labor unions negotiate with employers on the behalf of its members through a process known as collective bargaining. In the United States, the first labor unions were on a local level, when shoemakers in Philadelphia, Pennsylvania, organized in the 1790s. Terrible working conditions in the 19th century led to worker strikes. Employers fought back against the strikes by issuing injunctions, hiring private detectives and engaging in other tactics. Sometimes, the strikes became violent. The National Labor Relations Act was passed in 1935 to protect workers' rights to form unions and engage in collective bargaining. In 1947, in an effort to restrict the power of trade unions, the Taft-Hartley Act was enacted. Today, labor unions have been experiencing a steady decline in membership. Potential contributors to the decline include globalization, the transition from a manufacturing to a service economy and the greater reliance on temporary workers. An ongoing debate is whether labor unions are necessary in today's globalized economy. Proponents argue that labor unions are still needed to protect worker rights. Opponents contend that labor unions are an anticompetitive force in markets. 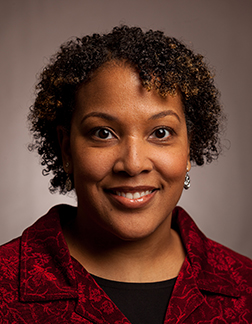