This LibGuide will define plagiarism, describe some of the consequences, and give a brief instruction to citation resources. This guide was created by Danielle Colbert-Lewis and Mary Ann Barnett. 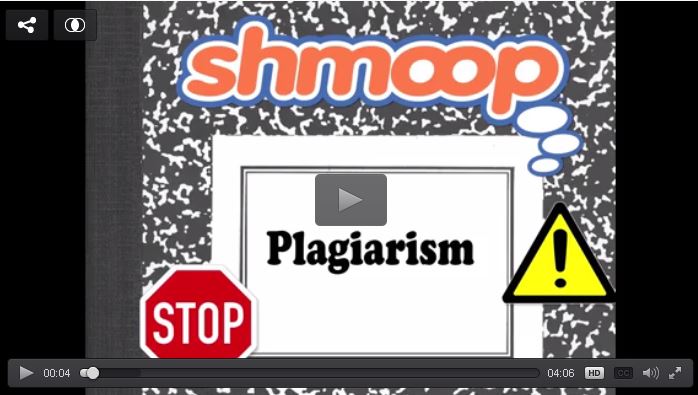 This video is an example of plagiarism. Check out this video from Pennsylvania State University.

In this video, Jason is reading over a draft of a paper he's writing. He is visited by a future version of himself, who recognizes part of the paper as being directly copied from another student's project. Since Jason hasn't attributed those ideas to their source, he is guilty of plagiarism. To fix the problem, Jason revises his paper to make it obvious where he got the ideas. Read more at http://copyright.psu.edu/plagiarism/.

Can you identify a plagiarism situation? Check out these activities from Bowling Green State University.

Test your knowledge of plagiarism by determining whether a student plagiarised from the given source or not.

The demand for personal freedom, which had been the chief cause of revolt, was for the moment crushed. The Parliament of November gratefully confirmed the King’s repeal of the liberating charters. A unanimous vote of county and town members together contradicted all rumours that the emancipation of the serfs was seriously considered by Parliament. The Rising had failed. But the process of manumission, which had been going on for so long, continued steadily during succeeding generations. Under the Tudors the last remains of serfage were swept away, and in James the First’s reign it became a legal maxim that every Englishman was free. It must remain a matter of opinion whether this process was accelerated or retarded by the Peasants’ Rising; it is impossible to apply hard facts to the solution of such a problem. (Trevelyan, 1899/1963, p. 253)

For each question, indicate whether the student committed plagiarism from the original source above or not.

Student paper: The events that followed the Peasant’s Rising crushed the chief cause of the revolt: the demand for personal freedom.

Get the complete activity here!